Dax Riggs - We Sing of Only Blood or Love

We Sing of Only Blood or Love (erroneously titled We Sing Only of Blood or Love on the vinyl format) is the debut solo album released by American singer and songwriter Dax Riggs. It was slated to be the next Deadboy and the Elephantmen album before that band's dissolution. Riggs decided to release it under his own name, on August 21, 2007. Matt Sweeney provided a combination of guitar, bass, piano and backing vocals for all of the tracks, as well as producing the record.

We Sing of Only Blood or Love is dominate by dark neo-blues-rock songwriting structures, and also contains heavy metal, folk music, gothic rock, protopunk, and some experimental material. The album is a continuation of Riggs' musical evolution since fronting the Louisiana sludge metal band Acid Bath in the 1990s. Riggs uses a trained, rich vocal style most frequently sung in a blues-influenced baritone rasp. Riggs was 32-years-old at the time of the album's recording. His lyrics contain various stylistic elements of metaphor and imagery, and touch upon personal and poetic subjects such as death, love, Satan, nocturnal hallucinations, mortality, phantoms, and morbidity. 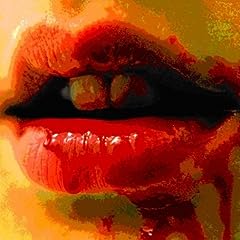