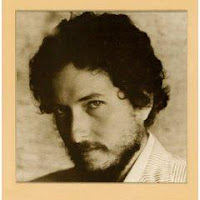 I plan on once in awhile posting up overlooked Dylan classics so this one immediately sprang to mind. Dylan is in top form here and there's at least six songs that I consider classics. This album would make my own personal Dylan top ten albums. I think people that are new to Dylan would even be impressed by this so check it out. Even the lesser songs are pretty heroic except for his spoken, jazzy "If Dogs Run Free" which doesn't really click with me. 11/12 ain't bad.

Key tracks: If Not For You, Day of the Locusts, Winterlude, Went to See the Gypsy, New Morning, The Man in Me, Father of Night