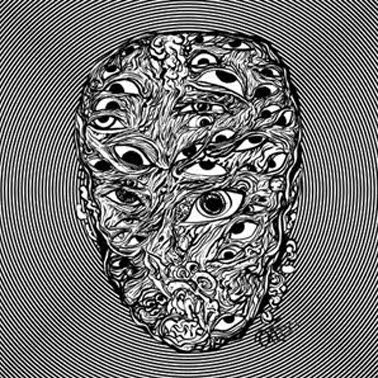 Finland's own Fleshpress are a 5-piece blackened-sludge / doom outfit that formed in 1998. Their first EP is pretty much NOLA worship done very well. Taking their name from a song off of Grief's "Dismal" album, they definitely manage to capture the same essence as far as sickness goes, and in earlier recordings their sound seems to induce the exact same feeling Eyehategod brings out in fans.

Shortly after, when they came out with their self-titled '02 release, they began with the darker more blackened style, as opposed to the fuzzier stoner / sludge feel of the former. This is one disgruntled dude, and you can really feel the hate and misanthropy seeping through the filthy and agressive vocal style.

Their Pillars release is definitely what you would call nihilistic blackened sludge, with more of a dronier, experimental direction, but they in no way lose their appeal by adopting that element. Drummer Mikko Aspa is also in Clandestine Blaze, Deathspell Omega, and Stabat Mater. You will not be disappointed with the disenchanted Fleshpress.

DISENCHANT YOUR EXISTENCE!
Posted by Teabag Stallone at 8:15 PM