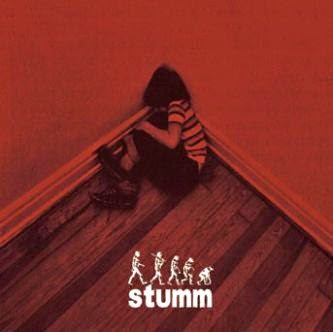 -Tracklist-
1. Chokehold Narcosis
2. Biting the Hand That Feeds
3. New Christ for Every Morning
4. Not Waving but Drowning

Stumm play out of Turku, Finland and have played actively since 2003. They are right up there with disenchanted sludgers Fleshpress, Frogskin, and a few other Finnish greats destined to appear here. What you get is sickened sludge - paired with drone/low-fi undertones, diverse change-ups, and an all around intense vocal delivery.

They will fuck your face up for a couple of reasons: it remains intense sonically, yet simultaneously down-tuned and static. Stumm have played tirelessly alongside the above mentioned bands, also doing so with a few lesser known acts such as Phenylketonuria (PKU), Loinen and Taunt.

The band's approach is as misanthropic and morose as it gets, which definitely comes through them accurately at live gigs. The Finns know what's up sludge-style, so you can't go wrong with this gem.


Posted by Teabag Stallone at 1:01 PM