Deadboy & the Elephantmen was an American alternative rock band from 2000 to 2007. Based in Houma Louisiana, the band was fronted by Dax Riggs (formerly of Acid Bath and Agents of Oblivion). Riggs conceived the name as a combination of both the early New York punk band Dead Boys, which he refers to as "Deadboys", and his former band Acid Bath's song "Dead Girl", as well as the David Lynch film The Elephant Man.

After disputes with an independent label over the distribution of their debut album If This is Hell, then I'm Lucky, the band signed a three-record deal with Fat Possum. For the latter part of 2005, and most of 2006, they toured in support of their major label debut, We Are Night Sky, playing from bars and smaller venues to Lollapalooza, Austin City Limits, and Bonaroo. In early 2006, Riggs recruited his former Agents of Oblivion bandmate, Alex Bergeron, to play bass on tour. Later that year, the band was primarily a duo of Riggs and Tessie Brunet. This line-up was often compared to The White Stripes in reviews, and their music is sometimes referred to as "swamp rock." By 2007, Brunet left the band and Riggs went on to a solo career.

Deadboy & the Elephantmen first appeared in late 2000, following in the wake of the break-up of Agents of Oblivion. The earliest incarnations of DBATEM were little more than Dax Riggs playing solo shows under the moniker when not using his own name or the rarely used T-Daks & His White Plastic Soul. He would play early versions of Deadboy songs along with covers of Leonard Cohen, Bonnie "Prince" Billy and Nick Cave and the Bad Seeds, among others.

As time went on, Riggs began expanding the band and by early 2001 had a full line-up.

Deadboy's first album, If This Is Hell, Then I'm Lucky was released in 2002. The album was discontinued and for a time was extremely hard to find. However, it has recently been re-released by Fat Possum.

Following the first album Dax Riggs sought new musicians after a couple of the band members quit. The line-up for the first album consisted of Jason Dupre on the guitar, Christopher Gautreaux on the bass, and Jeff LeCompte on the drums. Niki Rhodes Jr. then rejoined the project again, after leaving it the first time, and Christopher(Sax and keys) began working with him on futuristic techno rock. Other musicians where then brought in after Christopher and Niki left the group, and New York City-based Nasty Little Man handled the band's live promotions. It was during this time that Brunet was recruited and the two began recording.

An EP, Song Mechanism, was released in late 2004. It was distributed by Riggs through Deadboy's website and various local Louisiana music stores. It too has been discontinued though all four tracks from the EP later appeared on We Are Night Sky.

We Are Night Sky was made available for purchase online in late 2005, but its official release date was February 7, 2006. While it is technically the second full-length album for Deadboy & The Elephantmen, it is the first featuring the simpler two-person lineup and is better distributed than previous efforts, and as such is often referred to as their 'debut' album.

Upon discovering We Are Night Sky, Henry Rollins began championing the band on his radio show Harmony in My Head and his TV show The Henry Rollins Show. He has since had the band on the latter to perform "Stop, I'm Already Dead".

In late 2006, Brunet left the band, but it has yet to be stated as to why and under what terms. On April 16, 2007 it was announced that the band was no more, and further records will be released under Dax Riggs' own name. 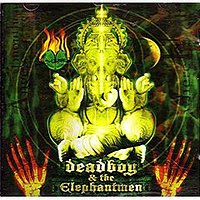 If This Is Hell, Then I'm Lucky is the long out-of-print debut effort of Deadboy & the Elephantmen, fronted by Dax Riggs, formerly of Acid Bath and Agents of Oblivion. The album was re-released on February 5, 2008 under Dax Riggs' name only. Dax Riggs (vocals, guitar); Jason Dupre (guitar); Christopher Goat (bass guitar); Jeff LeCompte (drums, percussion) 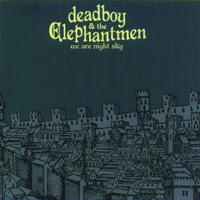 We Are Night Sky is the second full-length album of Deadboy & the Elephantmen. However it is often considered to be their first album, due to its sole major label level. It is also the first full length album to feature drummer Tessie Brunet.

The album was released at two different times. The first release was online in late 2005. The store date was February 7, 2006.