Garage A Trois was originally a trio founded by Moore, eight-string guitarist Charlie Hunter, and Skerik. It formed during the 1998 recording of Stanton Moore's debut All Kooked Out!, a session that also yielded Garage A Trois' debut recording Mysteryfunk. Both albums were produced by Dan Prothero on his independent Fog City Records label. They were also both recorded "live with no over dubs". Whereas All Kooked Out! was rehearsed, "straight-toned" and promoted as the initial release, Mysteryfunk was mostly improvised with electronically effected instruments and as Moore has stated had "all the freaky stuff." After success as a live act they took on vibraphonist and percussionist Mike Dillon. The quartet performed multiple tours on the national nightclub circuit and played at several festivals. They were known to perform a wide variety of music in any given show including funk, punk-rock with electronic effects, or straight-forward jazz. Also as a quartet they released two composed studio albums in 2003 and 2005 abandoning the "live with no overdubs" recording ethos.

In 2007 Moore, Skerik and Dillon continued to perform by the Garage A Trois moniker featuring other musicians such as John Medeski and Marco Benevento. The current quartet as of December 2007 including Moore, Skerik, Dillon and Benevento have been billed also as "Garage A Benevento", "Garaj A Benevento" and most recently as simply "Garage A Trois".

On December 20th 2007, the band (with Benevento) played a pre-recording show at D.B.A. in New Orleans. They announced that recording for a new Garage A Trois album was to begin the next morning. As of July 2008 clips from the pending album are available for listening on the Garage A Trois MySpace page.

Mysteryfunk is the first EP by Garage A Trois released in 1999. It is a 45 rpm 12 inch vinyl record. The recordings were taken completely improvised, live and with no overdubs, or samples at Magazine Studios during the February 1998 recording of Stanton Moore's debut solo release All Kooked Out!. 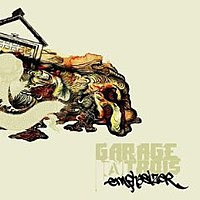 Emphasizer is the first full length studio album by Garage A Trois released in 2003. 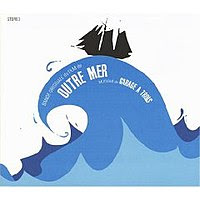 Outre Mer is the second full-length studio album by Garage A Trois released in 2005. Uniquely combining drums, percussion, eight-string guitar and saxophone it is funk-influenced and emphasizes polyrhythmic grooves. Allmusic reviewer Sean Westergaard stated that with the release of Outre Mer Garage A Trois "evolved from a cool side project to a great band."

The full title of the album is Bande Originale du Filme de Outre Mer. Various album reviews state the album is a soundtrack for a French film also titled Outre Mer which was never released. The liner notes include a short story by Klaus Tontine and a special thanks to Tontine Films France. When Charlie Hunter was asked in an interview with Paul Olsen if inspiration came from the film he stated:

You know, I really don’t have any idea because I never met the guy. It’s all Skerik. Basically, Stanton and Mike and Skerik and I got together and Stanton and I worked out a lot of grooves in the studio. That was our idea, just to put these grooves together--get “A” sections and “B” sections and just kind of build the music that way. And as far as [Tontine] went, I don’t really know--I’ve never met him, I don’t really have any contact with him. I was just down in New Orleans for the week that we recorded it. I wish I could tell you something; I do so much stuff that I’m totally ignorant as to what the thing is even about! [laughing]