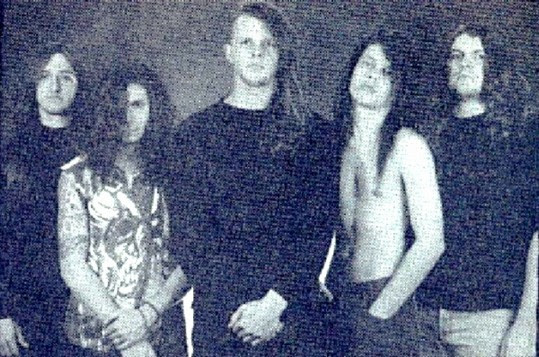 If you ever wanted to know what very early Acid Bath sounded like, well here it is. What you get here is a historical record of 3/5 of amazing musicians that made up Acid Bath. Nothing more, nothing less. This release takes the word "demo" to the full extent - audio quality is bad and not cleaned up at all, as if you are listening to a beaten and worn cassette. Seriously, this is a DEMO.

Twelve tracks from the demo are all quite amateurish. At many points you can hear influences of bands like Metallica and Slayer (like "Cradled in the Arms of Death" and "Blood of God"), and they are really obvious, to a point where it's a little embarrassing. Dax Riggs (the vocalist) was only 18 years old when the demo was released, and his age is obvious here. From what I can make out, the lyrics and album titles are intended to be morbid and scary, but here it's quite childish and peppered with cliches. He has little diversity in the vocal performance - there's no distinguishable influence from people like David Bowie, Roy Orbison, or Jim Morrison in Dax's singing style, and instead you get cheap metal shouts after shouts that sounds like it's soaked in Keystone Light. He even sounds like he's mimicking James Hetfield at times, which made me cringe. All in all, his performance here is far from Dax we all know and love. Jimmy Kyle (drummer) is a disappointment here too. I thought he was a darn creative guy in Acid Bath (who the fuck puts a double-bass drumming on an acoustic song??? - talking about Scream of the Butterfly), but here, he's not that great.

One song that stood out to me in this demo is "Finger Paintings of the Insane." Why? Because it's awful. It's really bad. The song is cluttered right from the beginning, the song goes too fast, and Dax is annoying. Guitar solos are excessive wankery. In terms of the album as a whole, most songs don't have any space for bass to do its own thing, which makes Audie Pitre sorely missed here. Guitars manage to chug out some fun riffs, but solos are almost always stupid. These guys play around a bit with sampling and poetry interlude (Generation of the Zombies part 2 - again, silly title), which they've become very fond of in Acid Bath - but here, those experimentations are still a bit more annoying than it is interesting. I don't mean to discredit Dax, Jimmy, nor Mike Sanchez (guitarist) in any way, but these recordings make it clear how much of a difference Audie and Sammy Duet made when they joined this band.

What makes this demo a worthy listen though, is the trace of talents you can hear. Although I have plenty to criticize for the flaws, god damn it, let's remember that these guys were broke teenagers at the time. Despite that fact, and the bad audio quality taken into account, some of the songs here are still pretty good. Three of the songs from the demos - "Finger Paintings of the Insane," "Mortician's Flame," and "What Color is Death?" - were developed further and recorded for Acid Bath's first album. However, I think it would've been cool if other songs like "Nothingness" and "Apartment 13" got reworked into an Acid Bath song too; too bad they didn't. Golgotha was not completely derivative of other metal bands, they just didn't have experience at the time of recording this stuff.

Needless to say, this is ultimately for Acid Bath fans only. It's a great listen in a sense that you get a really good idea on how the band evolved. The songs from this demo that made into When the Kite String Pops are great evidences of how Dax, Mike, and Jimmy got cleverer in general at expressing their thoughts and vision since their Golgotha days. Acid Bath's first release was in 1994, which means that it only took them 3 years to really grow up and hone their skills. That's a pretty amazing improvement and musical growth if you ask me.

Do not go out of your way to find this if you are not a big Acid Bath/Dax Riggs fan. Otherwise, by all means seek this stuff out, and enjoy! - taken from metal-archives.com 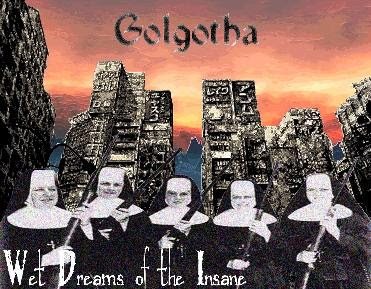 Wet Dreams of the Insane