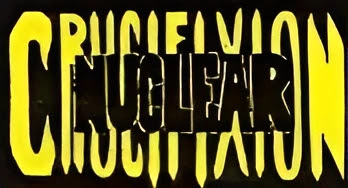 Nuclear Crucifixion was a New Orleans based metal band that existed between 1987 and 1989. They recorded three demos during their short career. In 1988 three of the five members left the band to form Soilent Green.

Parts of Nuclear Vomit were later reworked into Soilent Green's "Numb Around
The Heart."


These are both classics, If you know, or want to know what New Orleans metal scene was like back in the late 80's this right here is pretty much all you need to get started. Raw, fast, and in your face!
-Thanks to Bobby over at paranoize for these gems.
Posted by swampchode at 6:54 PM